Its priced too high at the moment, but if my suspicions are right that may not matter too much. If arsenal score early then it would be a no trade obviously, but I have a feeling Sunderland may put their effort into protecting goal rather than trying to score against such a strong and in-form team as the Arsenal. Time will tell, and I am not betting on this being the case, but if it is, I would hope to see 0-0 at 20-30 minutes, maybe even at HT who knows. If so, I will be laying the draw. The stats are pretty damn awesome, so it’s a long shot to even hope Sunderland can hold Arsenal off that long, but if they can I will be diving in sharpish. 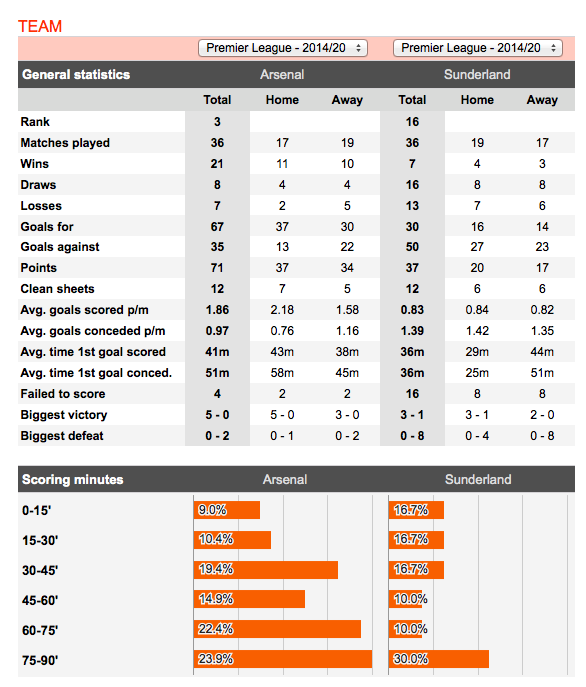 As you can see, it’s pretty, but points to note are:

Based on the above, I will just keep an eye on it and hope these things come together to present a nice lower liability opportunity in play. Here’s hoping 🙂

Both Arsenal and Juventus games look good for some big stakes scalping. Juventus game looks especially good for dutching and bookmaking, if that floats anyone else’s boat, a nice way to make some green while waiting for more lucrative opportunities to turn up.

Oh and by the way, another occasional method of mine which I may as well share today since there are 3 possibles (2 actually, just checked scorelines)….

The 2 Swedish Allsvenskan games – Elfsborg and Norrkoping – they are both 0-0 around 30 minutes played. If either game gets to 42 minutes still 0-0, I will be laying unders for a big stakes low liability chance of winning some decent green in second half. (Only at odds less than 1.3) – It’s a stats based trade by the way, haven’t got time to go through the stats now, just sharing what I will be doing in case anyone wants to look into it further for ideas for themselves. Rmember I DON’T GIVE TIPS, what you do your end as a result of reading my blog is ENTIRELY YOUR responsibility! Everyone is grown up enough to understand that I think, but worth mentioning just in case any babies log in 🙂