Not certain whether I will do this or not, it could be overpriced anyway. But Molde v Start is 1-1 approaching HT. The stats speak for themselves: 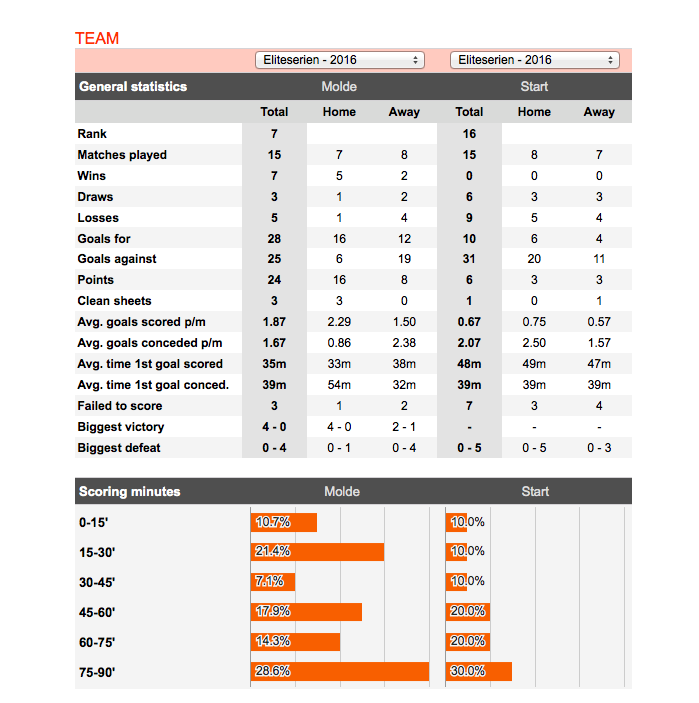 The one problem is the price. It’s hovering around 3.75 just before HT, which to me seems high despite the stats. Ok I think a home win is highly likely based on those stats, but if they don’t score within 20 or so minutes of the KO of the second half, it could be a fast losing trade with much less time for a goal than an average trade would have. Hmmm, tricky! I think on reflection (after typing this!) I would say it’s a tough one but the sensible decision is probably to leave it alone.

Sorry if you read this thinking I was trading it, I thought I was too a few minutes ago 😀