Well today went well. But I just thought I would give a few comments on why being selective is my chosen approach these days, and why in particular I was extra choosy today.

Macclesfield – 3-1 – Obviously this was a green trade, and following my usual strategy of waiting for a second goal if the first comes early enough, that increased the green significantly making it a much more useful trade. In this case the reason I did it was because all of the recent home games bar one (v Lincoln City) Macclesfield have scored at least 2 goals.

Carlisle  – while it was cheap, that isn’t enough reason to trade on its own. In this case, the stats show in their last 3 home games, they have only scored one goal per game, and their last 2 home games ended 1-1. How useful stats are considering today’s game ended 1-1 and would have been a losing trade. Stats stats stats 🙂

Bolton – Again, there is a good reason why I said I would wait 20-30 minutes and/or watch some of the game if I could ideally. Here is what I was looking at when i made that decision..

It was all there for the taking. Southend score 80% of their goals in the first 30 minutes, so that was the danger time. And as the result showed, that was indeed the danger again today, they scored in that period, but most importantly, they scored first which is often the most costly type of losing trade. 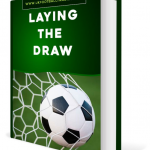 For those who have read my new ‘Laying the Draw eBook’ you will understand in great detail why I look at these things and why I stick to my guts when something concerns me in the stats. For those who haven’t read it, why not? 😀 – If you want to know my LTD trading approach inside out, check it out here.