I don’t often do updates on the day’s trades, I barely have time to post the trades these days let alone the results but this time I felt I must, if only to show this lovely screenshot of the Norrkoping game, my only nailed on LTD for the day. It’s probably the best LTD scoreline I have ever seen in all the years I have been doing this, so it needs to be published I think! 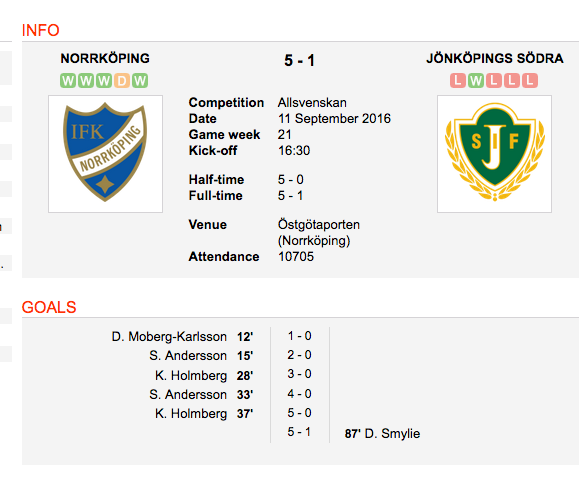 I just LOVE the little 87′ goal from the underdog, as if to gain back a bit of pride, hardly 😀

As for the others, briefly…

Ajax, as the stats suggested, it was a very slow game with Ajax scraping a win with just one goal on 55 minutes. I didn’t end up trading it (as a back the draw for 20-30 minutes) as had family here unfortunately.

Valencia – They lost 3-2, but interestingly the stats gave me a good insight here and I wish I had traded this one as I said I might. They were 2-0 down at 54 minutes and if i had spotted that I would definitely have backed them for a comeback. They levelled the game at 2-2 until an injury time goal by Betis to steal it. Another good example of a need for extreme care with the limited stats available so early in a season, regardless of which country the game is in. The odds on Betfair (and the reputation of Valencia which is the main reason for those odds) made the game look like a textbook LTD, especially for those traders who go purely on the odds, which is insane in my view! But the limited stats said be cautious, and rightly so. These leagues are all yet to hot up and show us who can be relied on for a strong win. 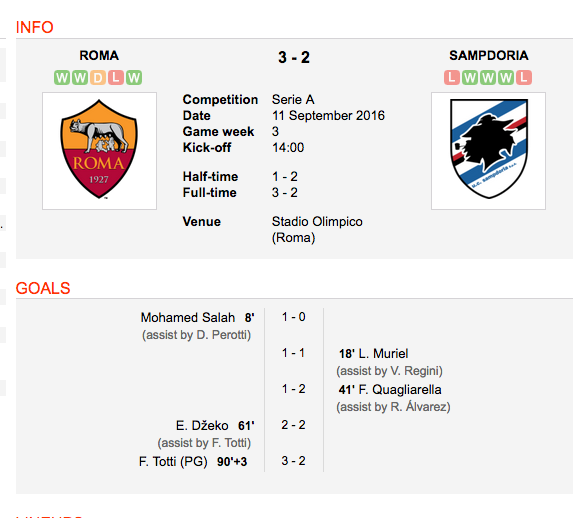