Eibar v Osasuna – Not great but if it’s 0-0 at 40 minutes I may have a LTD, hopefully after watching some of the game.

Braunschweig v Kaiserslautern – I am a bit baffled by the price here, the stats look more like a 5.5 LTD than a 3.8?!!?!?!?! I must be missing something. time to read the team sheets and news feeds i think. but before doing that, i will mention what i like about it and, if i can’t find any negatives, this looks a definite trade for me. 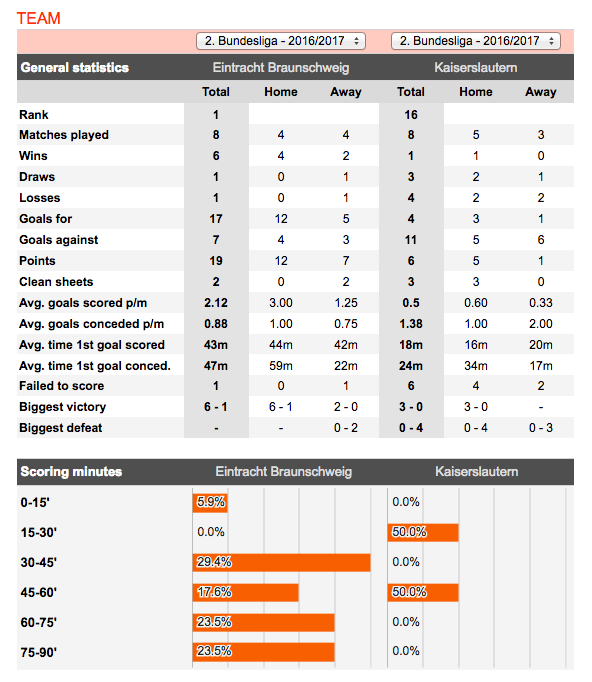 Obviously the form card looks excellent. The goal stats do as well. The home form is nothing but wins, away form draws or losses. If i could find a negative it would be the scoring times, an ideal entry might be around 30-40 minutes, or even HT for a very tight trader. But at 3.8 ish to LTD at KO, I just don’t see any reason not to be involved for a good 60-70 minutes, surely a green will come in that time!? Off to find out what I am missing here….. !!