I have come down with this damn virus again so I expect the next few days to a week will be limited time at the desk here, just so you know if I go quiet for a bit. Another strong course of antibiotics began today which perked me up enough to sit here for half an hour and I had a quick look at todays small coupon, and one thing is of interest so I thought I would mentioned it quickly….

Gent v Standard – Normally a no trade as they are sat next to each other in the league. However Gent are immensely strong at home, and their goal stats (and form) speak for themselves: 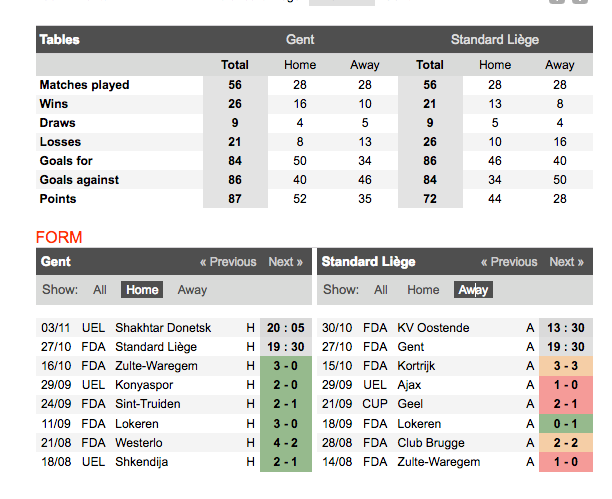 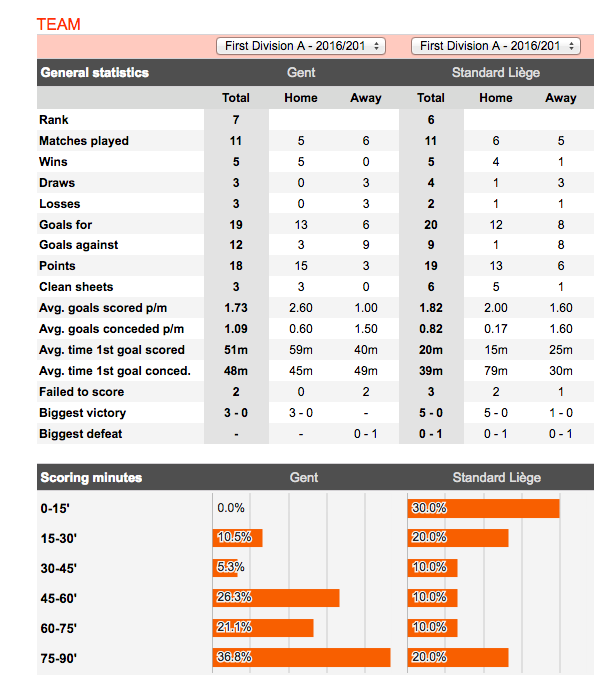 Purely based on stats I would say the optimal entry would be a HT entry if 0-0. However the price is already approaching 3 which I think is very cheap considering these stats. It could suggest the punters are watching what might be a very dull game, but at such a cheap lay the draw, I think this has good risk reward potential. I am actually not going to trade it as I am off for a lie down, but I would be laying the draw right now otherwise.

Will update whenever I am back or when I see something worth mentioning.