Doh, sorry I typed this an hour or two ago and thought I had posted it, came back to office and noticed it was still sitting ready to click post….

Well after a tricky day yesterday which nearly ended quite red, I am going to play extra safe today by using half stakes and looking for only the best opportunities. I may actually do this until 3rd Jan when all this festive stuff should be well out of the footballer’s systems.

Bright v QPR – A good example of caution here as this is a very nice pick normally. I am looking for extra ways a trade can go wrong now, and although this is strong and Brighton should be 1-0 or 2-0 up by HT, I am going to assume it starts like Man City game did yesterday and hope for a 0-0 at HT which would be a great entry with half the risk. Of course I may well miss trades doing this, but I would rather miss some green then kick myself over reds which I felt I could have avoided. So HT LTD if level. That may change, for example if it’s 1-1 by 20 mins played, then I would be in, but not until I am sure the game is going to play in line with stats. 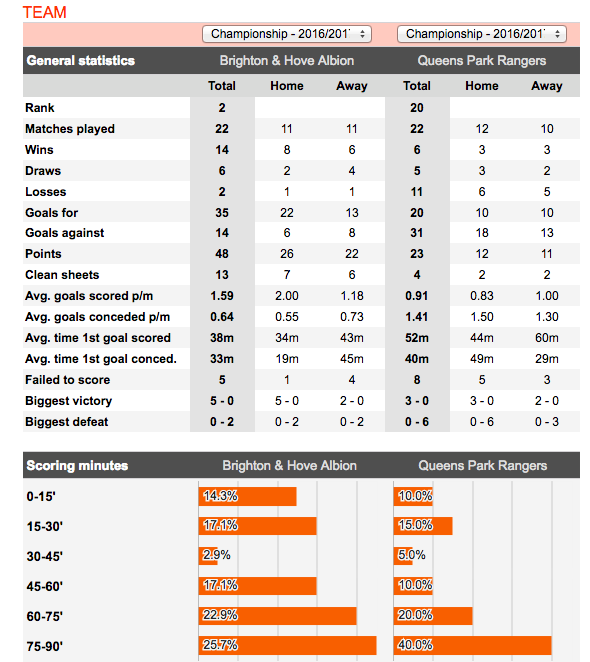 Aberdeen – Again looks strong, although not as strong as the odds suggest which makes it a no trade due to lacking value at least from KO. If it’s 0-0 at HT, i MAY have a go, but probably not as the BSP (betfair starting price) is so high it will skew the whole journey of odds down the chart if no goals, i.e. its starting from too high so will probably still be too high at HT especially after the LTD junkies dive in thinking they can’t lose (IF 0-0). In fact these days I sometimes have a 5 minute LTD just as they kick off the second half, if level, as the amount of people laying the draw CAN sometimes provide a virtually free trade, in fact if it’s very busy the odds can even drift sometimes during that period! Most likely here is a no trade, but if its 0-0 after HT i may keep an eye on the U2.5 odds and get in around 1.2 and 1.1 in hope of a goal before 80 mins to get some green.

Derby v Birmingham – No trade as I don’t trade derby games. HAHAHA, sorry, put that down to the silly season! This has 0-0 or 1-1 written all over it. I used to do a lot of this but don’t much these days, not sure why really, but just in case anyone fancies this kind of trade – Could back the draw for 15 minutes hoping its a slow start, bank some green by getting out, but leave that green on the draw (dont green, just exit with same stake you backed with). Then choose a period to use that green for a free bet, or just bank it. For example you could LTD after HT for 15 mins, or last 15 of the game if level. Or of course you could do as I have done in the past, and leave the back the draw in place until HT, obvious risks so staking needs to cater for a loss via a 2-0 lead by home team, but I think the stats suggest a close game here with most likely scorelines being 0-0, 1-1 or 2-1. Just mentioning this to give people idea for things to play with, certainly not advice and I wont be doing this myself as I just tend to find enough in play ops to trade these days that I don’t bother with this stuff, but I certainly did ok with it when I did. Obviously its a long term approach so expect losers and be prepared to absorb them. Something for stats and footie data junkies to play with perhaps..

Genk  v Gent – YUK, It’s Belgium!! Tightish game likely on stats, and with the Xmas effect, who knows maybe it will minus 1 goal each. HAHA, more xmas silliness. IF this game got to 75 mins without goals, I may consider a LTD or Lay U0.5 as a bet if liability was low enough.

Liverpool v Stoke – There will be mega money on this game today, so it’s definitely one for the pre-match scalpers/bookmakers/dutchers. May have a dabble myself as its quite a few years since I did that stuff in any real volume. A good testing ground for it due to so much liquidity, I would expect 2M+ to be in this game in last 30 before KO, maybe closer to 5M. I will publish an eBook on this sort of trading soon, it’s good for forming good habits, understanding price movements, and bagging some low risk greens too. Just gets a bit boring after years of it hence why I don’t do it much any more, but starting to feel like it so I will publish something in the next few months if I can. Moving to in-play here – I am a bit torn. I feel sure a LTD from 15-20 mins will be good, stats based of course, but the time of year makes me more hesitant than usual. Stoke are one of the better teams defensively, and one point would really be useful to them today. Having said that, the scousers score for fun at the moment especially at home, and I would be pretty surprised if they weren’t at least one goal up by HT. I think given the time of year, I will watch some of this game with a view to LTD around 20-30 minutes, depending on when I think its getting lively. If its electric from the KO then I may go straight in, but half stakes today just because that’s what I said earlier and no matter how strong these stats look, half stakes is what I planned and therefore is what I must do. I may not even trade it until the second half, I will really need to see shot after shot being blocked before I will be in here, and its highly likely I will miss out, but missing out is never as bad as losing, except when you’re a newbie and every missed trade feels like the bottom just fell out of your world, some of you will be smiling when reading this knowing that this must mean you 😀 – THERE IS ALWAYS ANOTHER DAY! Make each trade a sensible one, with reasons, protections, and comfortable staking. If you can’t do that today, do it another day, the markets ain’t going anywhere 😀