Well I have had another couple of crazy weeks involving hospitals and NHS mistakes which I won’t even go into as my blood is boiling enough that I can’t bear to talk about it right now, I will put my energy into a monster complaint instead.

I had a message from a regular reader (thanks T) with a screenshot of a game yesterday.. 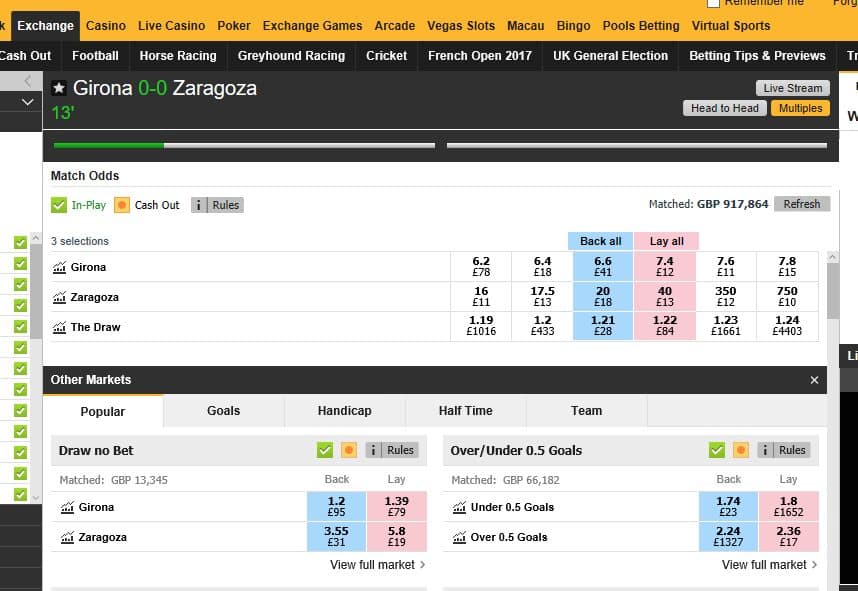 “Why such low odds on the draw with such little time gone in the game, does not seem right at all.”

I wonder if any other readers spotted it? I also would be curious to know what the 0-0 correct score was, and various other prices as there may have been a clever way to capitalise on this apparently rigged game, the draw price is where all the big punter money usually goes but there are often more sneaky ways to take advantage.