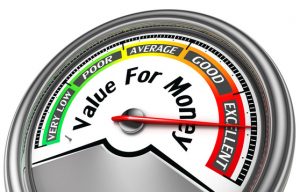 I have had a few comments recently regarding the concept of “Value” when trading on Betfair. I answered those queries but after responding to another one today I thought I would put up a quick post using my reply in case other readers are wondering about it too.

Maybe it’s just a coincidence or maybe there is a forum thread buzzing somewhere on this topic lately, either way…..

“Just wondering about this whole “value” concept that I have read about so much over the last year or so and how this relates to the methods used to pick LTD selections. How do we know we are getting value with our selections? Even if we do our research and the game looks like a cracker for laying the draw, that will be reflected in the price of the draw. I keep hearing people say that “you will lose if you don’t take value prices!”……….aaaaagghhhhh!

Getting good value is useful, but listening to everyone who has something to say about trading (especially online “chatter”!) will do more harm in the long term for any trader, than not getting “value” every day!

Value is a blurry line and it’s completely subjective. This is because the only way to determine true value, is to decide what the probabilities are in your opinion, then compare that to the IP (implied probability) of the odds. You don’t actually need to do the calculations like that, put it this way…..

You spot a game between Manchester City v Huddersfield Town. The Betfair odds on Man City is 5.5. The price of Huddersfield is 1.7. The draw is 3.0. Do you reckon that’s good value prices? You could back Man City, lay Huddersfield, or lay the draw – ALL would be GREAT value in my opinion and probably anyone else’s if they are following the league form or stats! But how do I know this? Well that’s not straight forward to explain, it’s not black and white. To my wife, she wouldn’t have a clue if that was good value or not because she has no idea which team is better. There’s no point giving someone a scientific theory because it’s subjective, but let’s do it anyway….

5.5 on Man City means they have an implied probability of about 18%, meaning the odds translate to them having an 18% chance of winning that game. Do you think they have more chance than that? If so, it’s a good value price to you. The more likely they are to win (above 18%) then the more “value” there is in the 5.5 price. However, remember that they could lose the game. 18% is theoretical after all.

On the other hand, someone who knows the game is rigged, and Man City are going to throw the game, to them 5.5 is great value to LAY!!!!!! As they know they have 0% chance of winning, so in that case even a price of 1000 would be ‘good value’ to that person with that knowledge.

As you can see, the value can only be guessed at, and each person has a different view, but generally we all know that 5.5 on Man City to beat Huddersfield would be great value! It gets more tricky as you never get prices far away from what they “should” be in terms of price comparison to IP. So there isn’t a lot of big value around with so many savvy punters online these days, it’s a very fine line and in all honesty, saying “you will lose if you don’t get good value” is in some ways old-fashioned and untrue, if you are picking enough winners you will make money even if not getting great value on every trade, you just need them to be green, and don’t forget nobody has a crystal ball, nobody can see the future, and everyone can be wrong.

I do agree with the general sentiment, you don’t want to be ignorant to the concept of value, but you mustn’t obsess about it either.

There are ways to increase value in any trading strategy, including laying the draw. For instance let’s say you have a LTD pick, and the price on the draw is 4.5. Its a good pick, but not a GREAT pick, in that case 4.5 is pricey (which means not great value). But you also notice on the stats that the home team never scores before 30 mins. Well you could wait for the draw price to come down for 30 minutes, getting in at around 3.8 instead (lets just say), and suddenly you have a lot more value. However the time factor has reduced, there is less time to score, so it’s not a linear line, its definitely more value but not as much as the same game at kick off being priced at 3.8.

Hope this makes some kind of sense. It’s really not to be worried about it. I would advise avoiding trading ‘conversations’ before avoiding games which are not “great value”. You only have your own barometer for “value” and you improve it by improving your knowledge of the stats and your strike rate. A bad trader needs a lot more value because they lose more, a good trader can virtually ignore “value”. (Virtually, no good trader is unaware of a good value bet when he sees one!)

I think this stuff is much more relevant when it comes to straight betting than trading, although it’s obviously still a part of trading. If you are betting on things to win, you need to be finding value to ensure that your long term results reward you for winners and don’t overly punish your bottom with losers. If you bet without considering the price then you’re going to struggle. If you’re trading, the same rule does apply but to a much lesser degree. All in my humble opinion of course. 🙂