A few people have contacted me recently asking for a bit of analysis of their football picks when laying the draw according to the stretagy outlined in the ebook. I will try and write more regular updates for footie stuff, I’ve got out of the habit with being so busy with things outside the office for a while now. Must try harder!

I have also had a lot of email back and forth with people learning pre-race trading, and I am pleased to say my Pre-Race Trader’s Bible is netting some very nice results for more than a few readers. I intend to do a post soon about that, just to publish some of the guidance given and also some of their results which are really encouraging! One chap in particular took a very slow and steady approach and didn’t want to venture beyond scalping until he had that ‘easier’ strategy locked down nicely. He recouped his entire purchase of my PR ebook purely from scalping on smalll learner stakes. I enjoyed hearing about that, especially as so many people like to poo-poo scalping, some even say it “doesn’t work”! Yeah, ok, if you say so!

Anyway, that’s for another day. For now, here are my thoughts on just UK League 1 from today’s Betfair card: 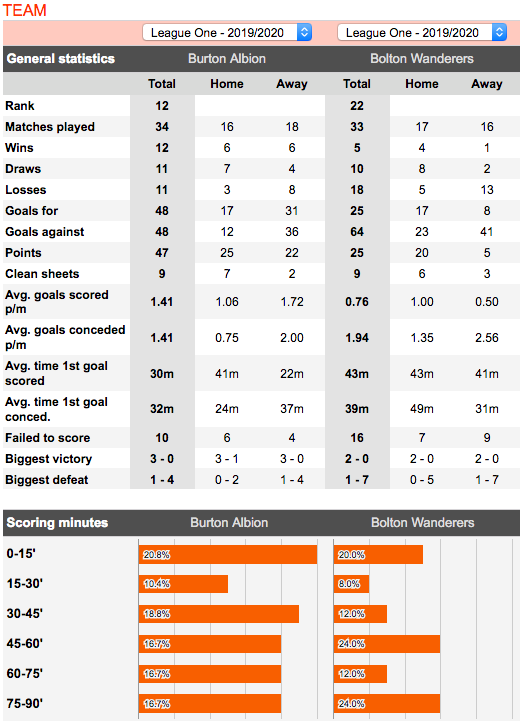 Burton v Bolton – LTD @ 30 mins if scores are level. Low scoring stats for both teams but high conceding stats for Bolton. Burton could score early and often do, but with their goals stats so low generally, at 4.6 to LTD it’s too high and easy to end up kicking ourselves, so I would be prepared to skip this altogether at that price. 25-30 mins without a goal will see the odds plummet and offer a very cheap entry which provides a much bigger profit if goals go in, and a much smaller loss if it doesn’t produce a green trade. Well worth a go on that basis in my view. Next… 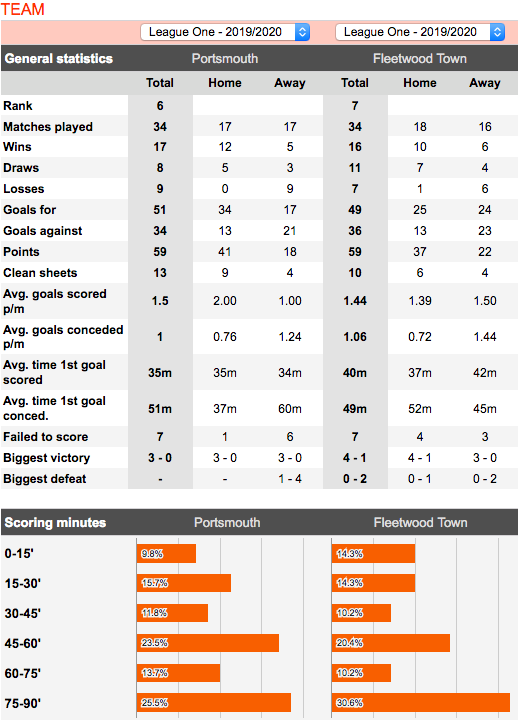 Portsmouth v Fleetwood – This is interesting, and a lovely cheap LTD at 3.5 ish. I could easily talk myself into a LTD from KO here, in fact I wouldn’t advise against it, I just wouldn’t choose to do it. I would say LTD at 15-30 minutes depending on the play if I could find live pictures. If I can’t monitor it I would say 25 mins LTD if still level scores or no score. The risk here is that the away team score, but taking any LTD around 3 or likely 2.8-2.9 at 25 mins without goals, this means a profitable trade no mater who scores first (so long as someone does of course!) which is a nice position to be in compared to LTDs on games with a strong odds-on home team. Also it means much less risk of red when getting in so cheap. The second half looks busy on the stats, and it could well turn into one of those games where you can get back in, then out, then in, then out. So long as you’re practicing statistical analysis and calm-headed trading, these can become nice little multi-earners if teams keep scoring then going level then scoring again. But first and foremost it’s a LTD, and with both teams scoring well recently, it’s definitely one to green up ANY goal immediately. Then assess whether a re-entry is called for if the other team levels things up. 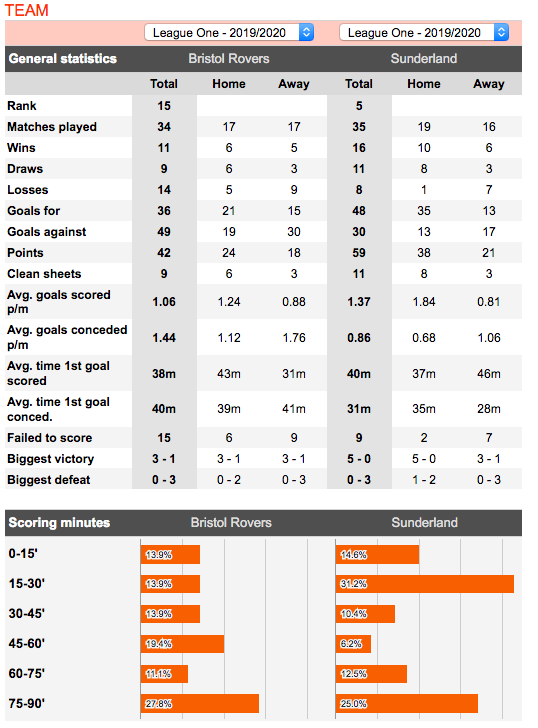 Big prices here, but they look overpriced. The goal stats are very dull indeed. This might be one of those where I listen out for pings on flashscores.co.uk and if there’s an early goal, I might lay over 2.5 goals for 10-15 minutes, or safer… wait and hope for two early goals, then do the same from a much lower price and half the risk (or less). Not a trade suggestion, but just info on how I would keep an eye on games with stats like this and prices which seem somewhat out of whack with those stats. In-play opportunities in such games can be nice. (I have been asked quite a few times to produce an ebook on In Play Football – and as much as I dread the thought of another ebook, I may one day do it because the in play stuff can be so profitable and I know there’s a lot of interest in it. It’s nice to have a list of “If This, Then That” instructions, and then just sit down with a cuppa and wait for flashscores or futbol24 app to alert me to opportunities, it’s very enjoyable trading.) 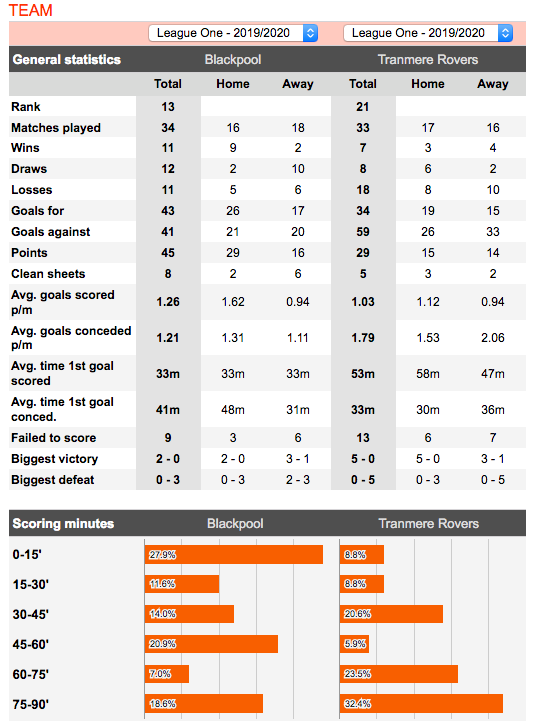 Nice stats for home team in first 30. I would LTD here from KO to 30 mins minimum. Exiting there would be valid unless I was given a strong reason (based on play) to stay in until 60 mins at the very most.

Well that’s just League One and plenty of opportunities for some green there I think. Hope this helps a few of you. That’s all for now.