After posting the 50% Black Friday discount a few days ago (click here for details if you missed it), and after suggesting I would be having a bit of a “rant” this weekend, I received quite a few emails. Thanks to all those who sent them in.

I now know just how many people have been waiting for quite a while now until they could afford to buy some of my trading ebooks, especially the highest-priced Pre Race Bible, and I am even more pleased that this current 50% discount has enabled you to finally grab it and also grab yourself some useful studying to do during what I suspect will be a hard winter, in more ways than one.

I have also received some great feedback on the content of that ebook which, without wanting to sound arrogant, is kind of expected now as I really have received countless compliments and thankful emails since it was published. I have yet to receive a single complaint or even a remotely negative comment from any of its readers, and it really warms the old cockles to be able to say that. 🙂

I really do appreciate the extremely kind words some of you have sent in, although Mr M. clearly doesn’t seem to understand what Black Friday is ‘supposed’ to be about when he said: ‘Your pre race book is gold. For black Friday you should be doubling the price not halving.’

Thanks pal, although I suspect I might not have had so many happy readers that way 😀

I frequently get praise for that ebook as well as the others and it really helps motivate me when, at times, I can be susceptible to lacking motivation, especially for tedious projects like writing long ebooks detailing stuff I rarely have to think about to such a miniscule level. It was painful, but the pain has lifted and been replaced with pleasure now that it’s done and helping people in the real world, in the real markets, to learn how to decipher those sometimes unforgiving ladders!

I also enjoy the emails I get, more frequently these days for some reason, where some of my readers give me their entire trading life history (which is not boring at all to read, I love hearing all the war stories!) Some of you have been on every course and read every product available, especially on pre-race horse racing trading, and it inspires me even more to hear how my ‘little’ (ha!) ebook still helps people make great strides, even for some who have spent literally thousands of pounds on ‘education’ on the topic.

The most enjoyable ones to read are the ones where people tell me how the ‘penny dropped’ for them about these sometimes mystifying pre-race ladders, especially when it comes from one of the detailed explanations I spent many long nights trying to put to paper. I remember that moment myself, and it’s truly magical when it happens.

Suddenly what was a painful hair-pulling exercise turns to an ‘AHA’ moment and things just instantly have clarity. Even though some people claim my ebook has done that for them, and while I am grateful for the sentiment, I truly don’t believe my ebook (or indeed any course on earth) can actually do that on its own, the practice you are doing your end, combined with that information, is at the very least what’s needed for this watershed moment to come. And one thing I can’t do for anyone is PRACTICE!

Finally I have had some really encouraging feedback from people who took my heavily-emphasised point (in the pre-race bible) about just watching markets before putting money in, (not paper-trading as you know I don’t believe in that, but just watching and thinking for many hours before opening real positions) and I am inspired by how many people actually find value in doing this, when you’re disciplined enough to do it! 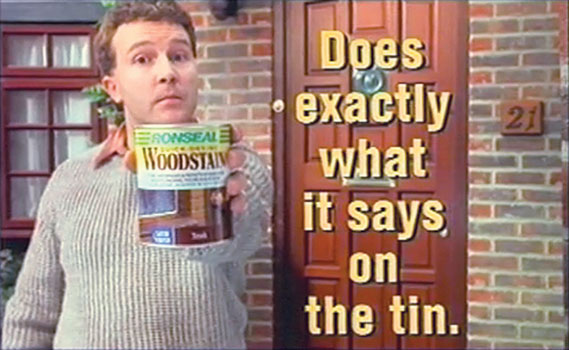 I know it’s tempting, but when you spend money (priced high for this exact reason) on an information product or a course, you really should do every single thing it says. And of course it tells you so many things to do that it’s no surprise that some of you (Mr M again for example!) have read it from cover to cover at least five times before putting money into the ladders.

Oh and P.S. – I was also really quite fascinated by some of the emails I have received in anticipation of my lightly teased “Rant”. I have been quite busy over the weekend, partly answering questions and emails from ebook buyers and regular readers, as a result I may not get the “rant” posted until tomorrow now. But what fascinated me is how many people, before I have even posted a word of it, have pre-empted it with comments which are right up the same ‘alley’ as the post will be.

I get emails from people literally all over the world, pretty much everywhere except Russia, China and the USA (mainly due to funny laws on ‘trading’ there, not that a Brit has any right to comment on the USA’s laws!) It’s amazing how so many people from so many far-flung places have strong comments similar to mine, about current events that is, and how none of them seem to align with mainstream media in any of those countries, or mine!

I wrote the beginnings of the post around a week ago now, then added a bit more as and when I could during the week. It was only going to be a general commentary on the way I see things playing out with Covid, the economy, and some of the other lunacy that’s currently going on.

But in light of some of the comments, and the clear interest (and support) for some of my views among the readership of this blog, I decided to add to it and not cut certain parts short which was the original plan. I want to keep this blog about trading (of course), but it seems many of you are keen to read more of a lengthy ‘rant’ than I first had in mind, and who am I to disappoint?! 😀

Besides, some of you who have read any of my ebooks already know that when I decide to cover a subject, I tend to try and leave nothing out, so this is a roundabout way of saying ‘the post is growing’ and I am no longer consciously trying to keep it short. Clearly that’s not something people want me to do, and for those who aren’t interested, I suppose all you have to do is ignore it anyway! (And no offence taken whatsoever if you do!)

So, short version of the above is thanks very much for the comments on trading, and also on non-trading matters. I will probably post the ‘rant’ tomorrow now, so you can look forward to being either enraged or delighted, I care not which! 😉